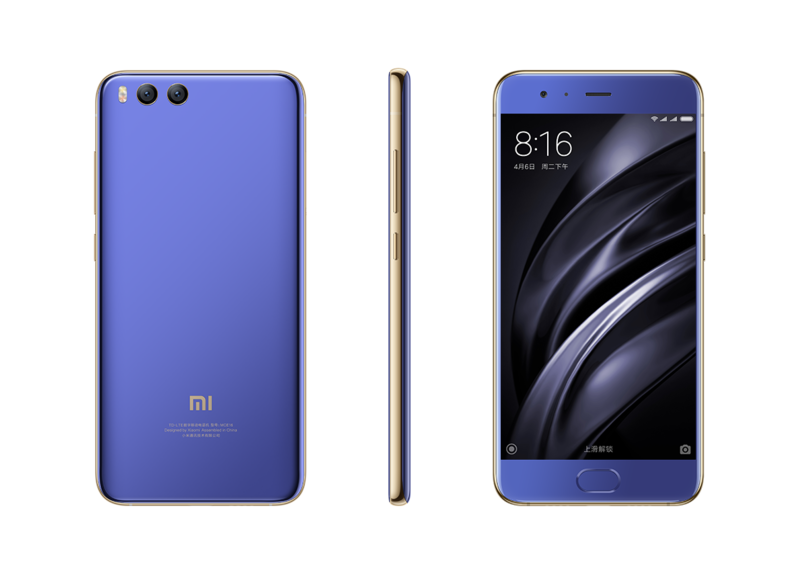 At First Watch this Video than read the Features and full specifications:

The Xiaomi Mi 6 is one of the best Android phones around.

it is an amazing device with the same speedy processor as the Samsung Galaxy S8 ($609.88 at Amazon Marketplace) and a beautiful design that stands out on its own. It also comes with dual-cameras, and takes portrait pictures like the Apple iPhone 7 Plus ($849.50 at Amazon Marketplace) and now, the OnePlus 5. You get Android goodness with some Apple-like features. And it costs a lot less than your typical flagship phone. What’s not to like?

Well, how about the fact that it’s still only available in China two months on from its launch. Xiaomi said it would reach other countries “soon”, but it couldn’t tell me when exactly it’s going to start rolling out.

While eager beavers could order a Mi 6 from China, take heed that the LTE may not work in countries such as the US — you’ll have to compare to your carrier’s network bands to be sure. And there are no Google Play services in China so until the company releases a global ROM, you’d have to sideload it if you want native apps such as Google Maps.

The lack of global availability means Xiaomi may be missing the boat in most markets that would have loved to grab a Qualcomm Snapdragon 835 powered phone on the cheap. The cheapest version of the phone retails for about $365, £280 or AU$485 converted, and that model gets you 4GB RAM and 64GB of onboard storage. Step it up to the 6GB RAM version with 128GB onboard storage and you’ll pay 2,899 Chinese yuan — about $420, £330 or AU$560.

If you’re lucky enough to get and use the Mi 6, you’ll find an affordable flagship that matches the Galaxy S8 where it counts. Though it’s missing some features, including wireless charging. It makes you wonder just how much of a premium you’re paying for other high-end flagships such as the Galaxy S8 or the Sony Xperia XZ Premium. If you live outside China, keep reading to see what the Mi 6 will bring you — but hold out for the international version before committing.

All the bling in the world

The Mi 6’s glass and stainless steel frame stand out. The phone comes in the standard shades of black or white, plus a much snazzier blue-and-gold version that’s visually stunning.

I particularly loved that color, and it’s a great conversation starter as well. I can’t tell you how many people looked at it and said, “Wow.” That said, the glass rear can be a tad slippery to hold at times.

The Mi 6 has a 5.15-inch screen with a 1080-pixel display that looks good to the naked eye. Pixel density isn’t as sharp on paper as the Galaxy S8, but my eyes didn’t strain trying to read news stories or social media updates. Colors pop, and while it has a maximum brightness of 600 nits, it goes all the way down to one at night, helping you not strain your eye. The phone won’t take a long dunking like the Galaxy S8 or LG G6, but it is splash-proof, so you shouldn’t worry too much about small spills.

Like other Xiaomi phones, the Mi 6 runs MIUI, a customized version of Android 7.1.1.

One of the Mi 6’s key features is its dual 12-megapixel camera setup, which is a hot trend these days. While it’s not the first time Xiaomi has used it on phones, it’s the first time a Xiaomi phone has added portrait mode similar to the one found in the iPhone 7 Plus (Xiaomi even calls it the same thing).

Portrait Mode works the same way as it does on the iPhone 7 Plus: you stand in front of the object and let the phone apply the effect. It’s much simpler than the effect on previous Xioami models such as the Redmi Pro, which let you tweak the depth of field after shooting the picture. As for the quality, well, that’s trickier. The Mi 6’s Portrait Mode feels very finicky; half the time it detects the object properly, the other time you’re either too close to apply the effect or the picture winds up being too out of focus.

But when it does work, the subject remains in focus while blurring everything else. Results are pretty compelling. Check out the picture below for an example.

Aside from Portrait Mode, the Mi 6 takes great pictures, especially in bright light. It isn’t as capable as the Pixel XL ($777.99 at Amazon.com) or the Samsung Galaxy S8 in low light, but then again, which phone is? The quality of its low-light shots is similar to the iPhone but more saturated, giving images a nice pop, even if they’re not 100 percent realistic.

Besides Portrait mode, the Mi 6 also does 2x lossless zoom — again like the iPhone. Xiaomi’s features here are good, but the Mi 6 does lean on the iPhone for a lot of its inspiration, a critique I had of its past phones, too.

Interestingly, the Mi 6’s HDR function now has its own dedicated button you’ll have to manually switch on and off. It doesn’t seem to turn on HDR automatically the way many other phones do.

Selfies came out looking good, but the 8-megapixel Mi 6’s front-facing camera ran into the same problems as a lot of other phones when it comes to bad lighting. You just can’t get around terrible backlighting. It also comes with a beauty mode, which made my face look baby smooth (it’s really not).

The Mi 6 joins the list of phones with no dedicated headphone jack. Instead, you’ll have to use the USB-C charging port for wired headphones, or use a set of wireless Bluetooth headphones. However, the phone does come with a USB Type-C to 3.5mm audio jack converter in the box. Honestly, I’m not as bothered by the lack of an audio jack, since I prefer using wireless headphones to cut down on loose cables anyhow. You may feel differently, of course.

Qualcomm’s Snapdragon 836 processor keeps the Mi 6 buttery smooth. You won’t notice any lag when switching between apps or playing 3D games such as Dynasty Warriors: Unleashed. You’ll love how snappy everything is. Battery life is superb as well. It lasted 17 hours 35 minutes in our lab tests and chugged through a full day of relatively heavy use without dying on me. For reference, the Galaxy S8 lasted an average of 16 hours in our video drain tests, and the S8 Plus went 18 hours.